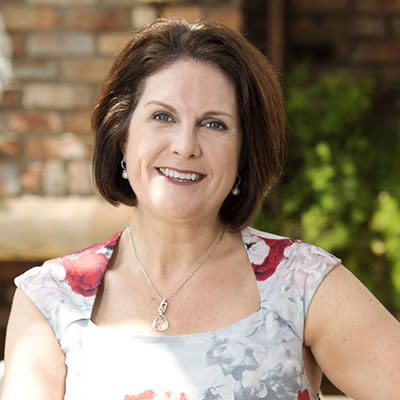 Siobhan FitzpatrickSummit Host
‘Create value before you extract it, through authentic and genuine engagement', is something you’ll hear Siobhan say often. With over 25 years’ experience working in large organisations in New York, London and Dublin, across many different industry sectors including Investment Banking, Financial Services, Aerospace, Recruitment and Not-for-Profit, Siobhan understands the value of networking both from a career and business perspective. She considers herself a #ConsciousConnector through her work with the Women In Business Network (WIBN), her career transition practice, Catseye Coaching and of course TheNetworkingSummit. Her passion is empowering others to achieve their goals. 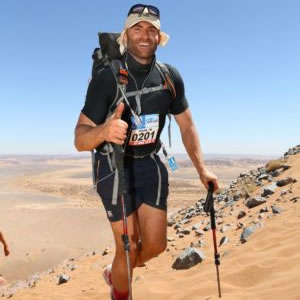 Damian BrowneKeynote Speaker
Damian Browne is a former professional rugby player, adventurer and keynote speaker hailing from Galway, Ireland. A long and fruitful sixteen year career battling on the rugby pitches of The Celtic league, English Premiership and French Top 14 Championship, saw Damian achieve many honours including winning the 2012/13 Heineken Cup with Leinster Rugby. During his down time from the intensity of professional sports Damian indulged his passion for travel and adventure, visiting more than 60 countries on 6 continents and challenging himself in a different way with a three week expedition into the high altitude Pamir mountains in Afghanistan, summiting Kilimanjaro in Tanzania, climbing Mont Blanc, France and Gran Paradiso, Italy. In April 2016 Damian took on the might of the Sahara desert, completing the 6 day, 257 km Marathon des Sables, also known as 'The Toughest Footrace on Earth', carrying everything he needed to survive on his back from the start of a unforgettable journey through the Moroccan Sahara. After the race and a period of reflection, Damian committed to taking on the incredible challenge to row across the Atlantic Ocean, alone! 18 months of physical, mental and technical preparation led to the 14th of December 2017, where Damian kissed goodbye to his parents and shoved off into the unknown. 63 days 6 hours and 25 minutes later he crossed the finish line of the Talisker Whiskey Atlantic Challenge arriving in Antigua some 28kgs lighter, to a hero's welcome. Having endured 9 meter swells, a badly cut head, capsizes, encounters with Whales, sea & pressure sores, losing an oar and complete steering failure with still over 2000 nautical miles to go to Antigua, Damian said, "A hell of an experience, hell of an adventure and a hell of a challenge. It was exactly what I wanted from the challenge, I wanted to be pushed to my limits mentally and physically and I got exactly what I wanted. "I'm on a mission to live an extraordinary life. A life full of challenges, extremes, learning, risk, growth, fulfilment and actions. A life of integrity, sincerity and courage. My life will be my masterpiece" 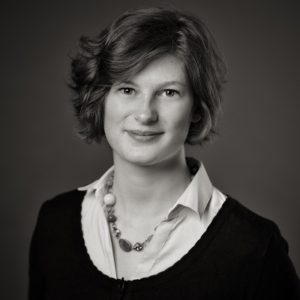 Brigid Farrell
Brigid Farrell, founder of AllTalk Training, works with companies who operate internationally or have a workforce comprising a multitude of languages, helping them to eradicate communication issues that arise due to differences in language and culture.   Having spent several years abroad and immersing herself in the language and cultures of other countries, Brigid has observed countless instances of communication breakdown due to cultural misunderstandings. In addition to this, her work training businesspeople in the area of English as a Foreign Language has also afforded her extensive insight into the areas that most lead to miscommunications in the global business world.  These experiences have led Brigid to identify a pressing need - the development of training interventions for those working with international teams and with clients and business partners from all over the world. This training expands upon and offers practical solutions to the question ‘What can we do, as native speakers of English, to ensure smooth communication?’ And what we can do is much more than one might think.  Uncovering what can be done to improve cross-cultural interactions not only reduces instances of miscommunication and cultural misinterpretation, but also helps to drive global collaboration through stronger international business relationships. 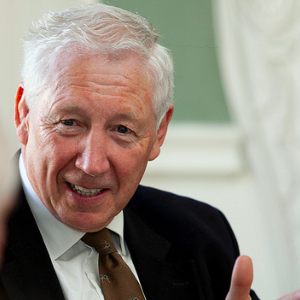 Kingsley Aikins
Kingsley Aikins is the founder and CEO of The Networking Institute, a Dublin based organisation whose mission is to help individuals and organisations achieve their goals through Networking. He is a recognised expert on the topic and has written and spoken extensively on the benefits of Networking and how to get better at it. He has run workshops and developed online and offline training programmes in the areas of Networking, Public Speaking, Philanthropy and Diaspora Engagement. To date he has trained over 10,000 people in more than 100 organisations in 22 countries. Clients include major accounting, consulting, law, non-profit and government organisations. He is an Economics and Politics graduate from Trinity College Dublin. In his career he has worked 10 years for the Irish Trade Board and IDA Ireland and was based in Sydney. He then led The Ireland Funds for 21 years mostly based in Boston. In his time with the Funds over a quarter of a billion dollars was raised for projects in Ireland. He was awarded a CBE for his work on British – Irish relations. He represented Trinity College, Irish Universities, Vichy (France) and Leinster at rugby. He is married with three children and lives in Dublin. 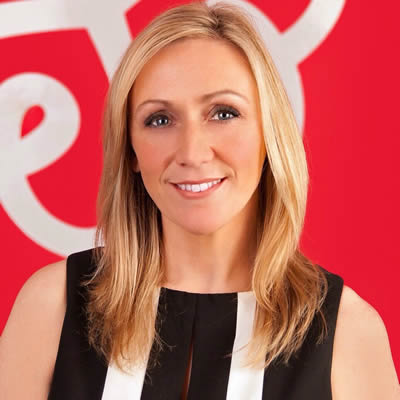 Sharon Tighe
Sharon is a solution-focused strategic & creative thinker with extensive experience in building & engaging online communities. Well-versed in a wide range of social, digital & marketing expertise, she is skilled in interpreting & getting to the heart of key brand messaging, while also understanding completely the motivations of the target audience. She encourages the development of meaningful consumer insight, is business minded & focused on measurable outcomes. Passionate about what’s new & current, she loves solving challenges for companies & brands by creating & researching new ways to make things work better.   Sharon is a founding member of The Good Summit & strives to promote tech for good, as an enabler for human collaboration & inclusion, & has co-ordinated the online journey of over 300,000 women for Ireland’s largest parenting community, everymum. Now part of Zahra Media Group, she works on the planning and execution of cross-channel communications & campaign planning for well-known brands such as Skoda, Unilever & SuperValu with a dedicated commitment to facilitating relevant communications which add value at all times. 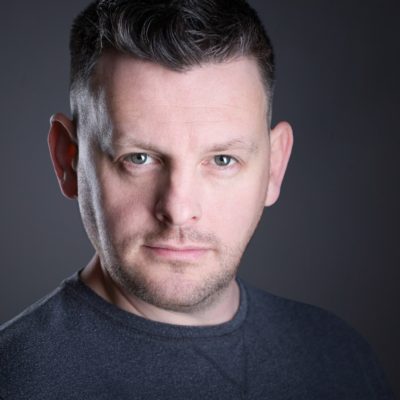 John Murray
Trained by the world’s leading headshot photographer in 2014, John has since been named one of the top 100 headshot photographers in the world. Now he practices Psy-Photology.  Merging human behavioural sciences and photography to promote positive self-image and self-acceptance to clients like LinkedIn, Northern Trust and Bank of Ireland. John is also the current director of Individual development for Junior Chamber International (JCI). He has photographed everyone from Bond Villains to bank managers. 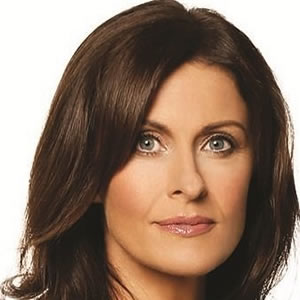 Alison ComynMaster of Ceremonies
Alison Comyn is a television and print journalist and broadcaster, best known as news anchor of UTV Ireland's IFTA-winning news and current affairs programmes Ireland Live. Alison has presented numerous current affairs and entertainment programmes in the UK and Ireland with RTÉ, BBC, Sky News and Channel 4, as well as covering for Joe Duffy on numerous occasions on Liveline on RTE radio 1. She is an experienced voice-over artist, MC and moderator, and has hosted corporate and charity events for Bord Gais, University of Limerick, Threshold and Concern to mention but a few. With over 25 years in the media business, she also runs Alison Comyn Communications, training professionals in media & presentation skills, and personal impact & brand. Alison Comyn Communications 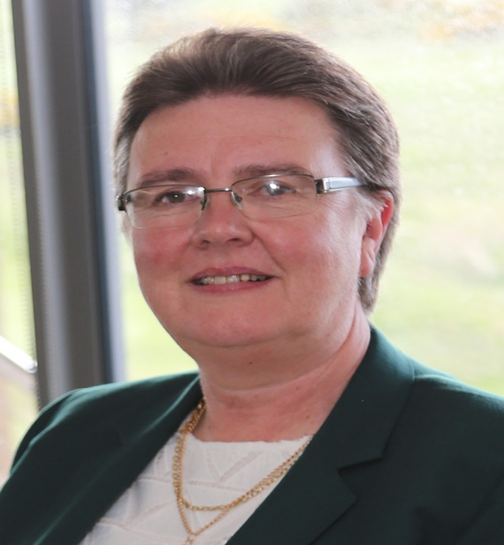 Gillian Burrell
Gillian Burrell is a PGA Golf Professional and is leading expert in Coaching and Coach Education in the golfing industry in Ireland. She has had the privilege of coaching many of Ireland’s leading female golfers and was coach to the victorious Irish Girls Team, European Champions in Finland 2009 and Irish Ladies Champion in 2010. Gillian also works in the Coach Education field for the Professional Golfers Association; both at undergraduate and postgraduate level. She is a Training Consultant for Special Olympics Ireland/EuroAsia, Sport Northern Ireland and the Confederation of Golf in Ireland. She had authored several golf training manuals and is a well -known contributor to many golfing publications. She was awarded her Advanced Fellowship of the PGA in 2015 for her contribution to Coaching & Coach Education and has served as Captain of the PGA in Ireland, the first woman to have done so. Gillian has earned a reputation for recognising and realising potential - on and off the golf course. She has extensive experience and a unique set of skills that allow her to work with individuals, teams and organisations to identify and address their performance challenges. Gillian provides clients with the tools and insight they need to be more effective and support their success; on a golf course, in life or in business.